Update: after half a day of streaming, Twitch closed the stream as they don’t think it’s gaming content (I am working on trying to get this stream back on Twitch, but in the meantime you can view it here: http://connectcast.tv/Colombinary)

Yes, you read that correctly. In this new era of animals interacting with technology, ants are playing escape room challenges. What’s more is that you can now watch a livestream on Twitch of the ants in my living room that are currently playing different rooms that were designed by a group of 16 great interaction designers in Malmö (Sweden).

For those that are new to this concept: an escape room is a physical adventure game in which players are locked inside a room and have to use elements of the room to solve a series of puzzles and escape within a set time limit (usually an hour). Let me explain how I got to the idea of trying this out with ants.

As mentioned in a previous blog post, in January I started a small ant colony on my desk at Malmö University. I wanted to try to get to know these ants and see if there was any way to explore how we could design for – and with – these small insects. My aim was to speculate on how we could change our relationships with ants (a species we usually don’t really relate to) by engaging in playful encounters together. By doing this, we could perhaps start thinking about future scenarios that are less human centred and more focused on what we share with other species on this planet.

Some surprising things happened since then. One of these was their remarkable escape story. Even though I promised my department head that I wouldn’t let the ants escape (sorry Sara!), after a few weeks of having ants on my desk I noticed that they were occasionally walking around on the desk, never really venturing out very far, because the ant-queen remained inside the nest. I could not figure out how they managed to escape, so each time I carefully picked up the ants and put them back in the nest, only to find them walking around on my desk again a few hours later. A few days passed and I noticed that the ants were ripping off small pieces of carton from a nearby source and carried these pieces back into their nest. Then I started following one ant around carefully and I discovered the amazing construction they had set up:

The ants had found a small opening between two walls of the Plexiglas arena and managed to stack some pieces of carton in between that crack, in order to make the opening bigger and escape comfortably.

After my initial enthusiasm over what these ants appeared to be capable of, I felt bad about having to close that opening again and I started to reflect on what this story could tell me about designing playful artefacts for – and with – ants.

So apparently these ants wanted to escape their living environment. Even though we usually like to explain animal behaviour as purely functional, I refuse to believe that the ants only escaped because they needed something. Couldn’t it be possible that the ants escaped simply because they were curious? Because they wanted to know what is behind the corner? Maybe they smelled something? Or maybe they felt like experiencing a new place.

Using this as inspiration I organised an Escape Room for Ants design workshop at the 2016 Student Interaction Design Research conference (SIDeR) in Malmö. During this workshop, 16 interaction/game designers spent 2 hours developing prototypes for an escape room for ants. The goal was to develop a challenge that would not be too easy, and not too difficult, for the ants to solve, using a bunch of different materials I provided. We wanted to experiment with the idea of seeing the ants as actual players and design an interesting challenge that the ants could actually enjoy solving.

During this workshop, five different prototypes were built.  I am currently testing these with the ants and streaming the entire thing live via Twitch. Since it might take a while before the ants solve the escape room puzzles, I am connecting each room for about a week in order to see what happens and have some time to speculate about the experiment.

It might be difficult to see exactly what is going on, so perhaps these captions help you to understand the set-up and the desired challenge that the designers of the rooms envision: 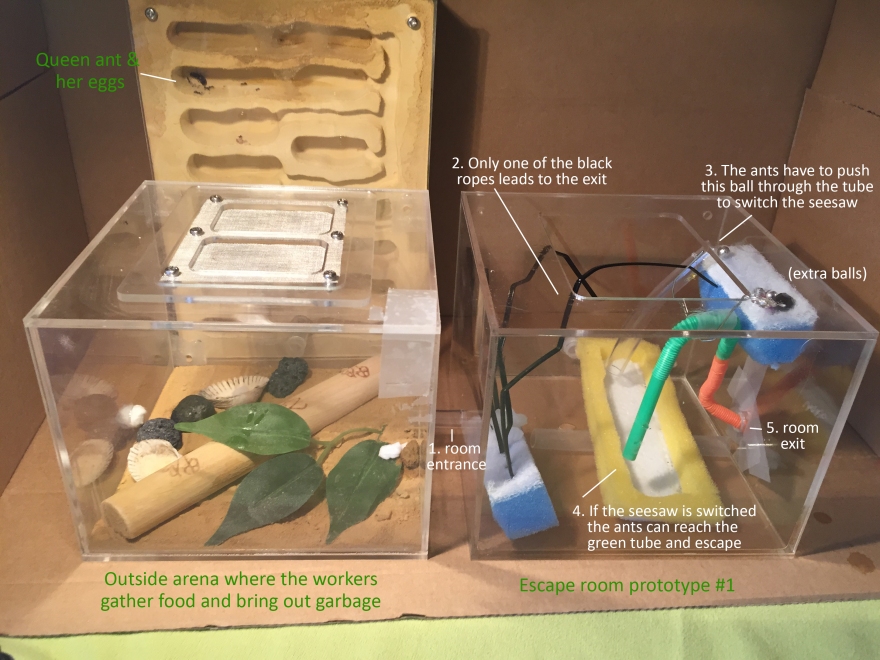 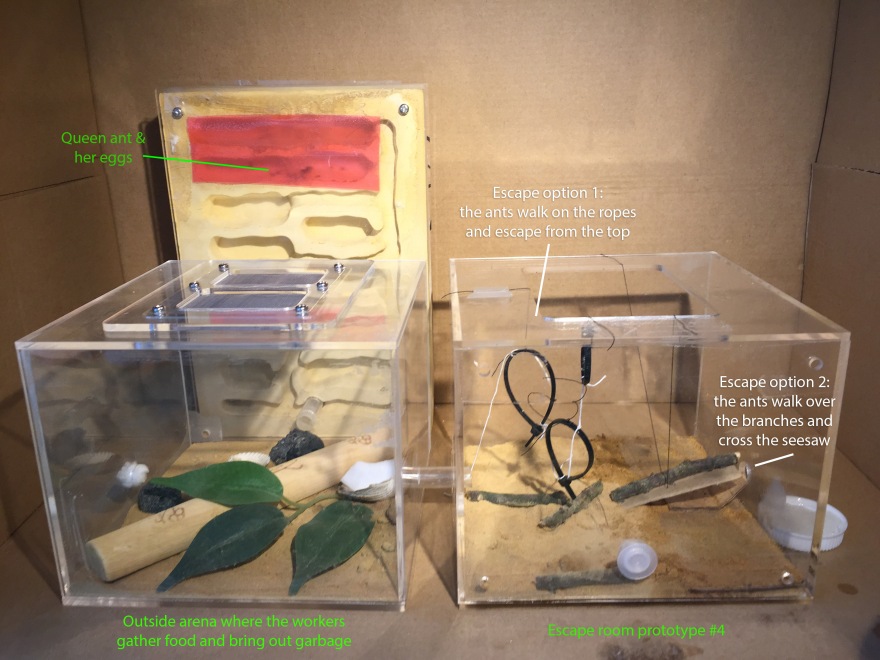 Most importantly, now is the time I would like to hear from you! Does watching these ants play escape rooms make you feel itchy? Or uncomfortable? Do you think it will never be possible for ants to play games? What could the future of human-insect relationships hold? Do you feel bad for the ants being locked inside this room without informed consent? What are your thoughts on these type of speculations?

Please comment on this post below, or in the Twitch stream chat, or on social media, or send me an email with your thoughts. I really appreciate your feedback and your comments will be part of my PhD research.

These are the credits of the five different rooms that will be shown over the next weeks: 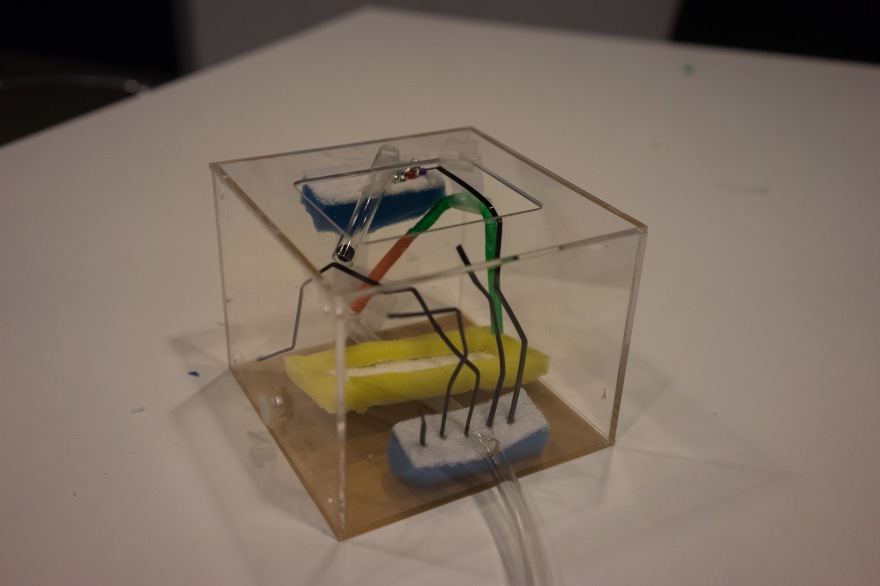